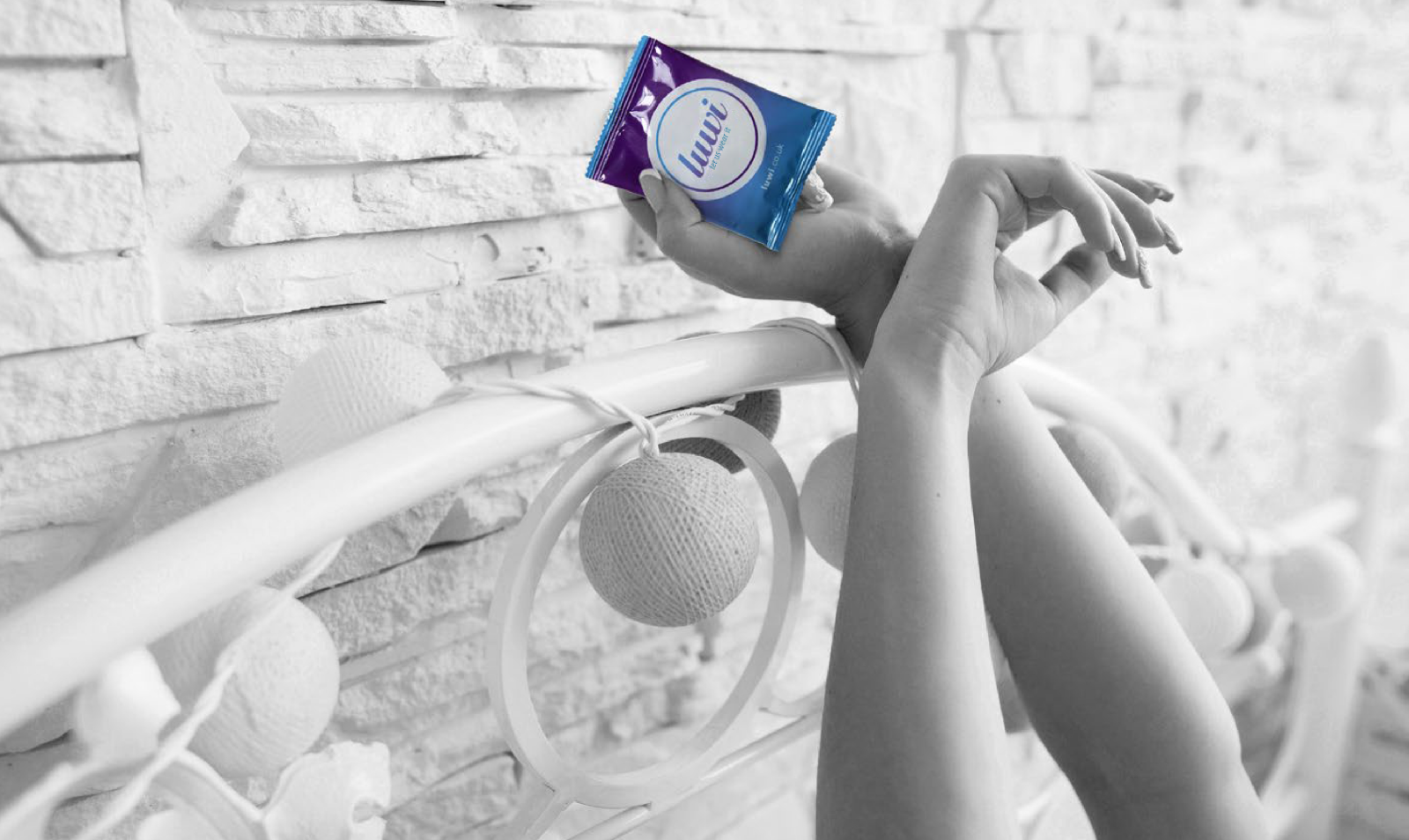 In a world where female equality is becoming even more prevalent, safe sex still relies on a man wearing a condom. Apps such as Bumble are now giving women the power to call the shots when it comes to dating, but roles are often reversed when sex is introduced.

Lisa Kinsella, founder of new female contraceptive LUWI, said she felt powerless at a time where enjoying safe sex was often reliant on the man. But without the option to take hormone-dependent contraception, asking a man to wear a condom was her only option.

“As an empowered woman I really felt that I wanted to take charge of this element of practising safe sex myself,” she told The Huffington Post UK. “While STI/STD protection exists in the traditional condom, my primary issue was that it relies on someone else making decisions for my body.”

Kinsella said it was one pivotal week in her life that made this issue of female empowerment during sex so important to her. In June 2008, her marriage ended. She left her husband to bring up her two children alone. During this same week, she was diagnosed with breast cancer.

“Whilst it felt like everything was falling apart around me, this traumatic week was the making of me,” she explained. “It was understandably traumatic and devastating, and yet within a day of being diagnosed I was filled with an ineffable clarity and strength.

It was a make-or-break moment and I knew that, for the happiness of my children and my future self, breaking wasn’t an option. I had to find the courage, self-reliance and confidence to carry my family through to the other side.”

Kinsella immediately chose to have a double mastectomy. Two months later after surgery, she was told the operation was a success. But as a newly-single woman, there was one part Kinsella felt powerless about: her sex life.

“My doctors said that synthetic hormones were like fuel for the type of cancer I had been diagnosed with so I shouldn’t take birth control pills of any kind,” she explained. “As I searched for other options, I was surprised to see how many women (and men) had STI/STDs and that the number was actually on the rise. I knew that I needed hormone-free contraception and STI/STD protection, but my options were low.”

Kinsella explained there was one moment that sealed the deal in her head that she needed to create her own female contraceptive.

“One day I came home from work and my young son was very busy with his dinosaurs, so he said to our beloved nanny: ‘Can you give mummy a hug for me?’ I laughed and told him he needed to hug his mummy himself because some things are just too important to outsource.

Upon saying these words my vision of LUWI suddenly became very clear. Women should not have to outsource their sexual health by relying on another to protect their bodies. Women are in control of their sexual activity and should therefore be in charge of how to make those experiences as risk-free as possible.

Having a choice, being in charge of my own wellbeing and acting on my own needs and desires became paramount to me,” she added. “We deal with periods every month without really even thinking about it. We manage contraception, mostly with birth control/synthetic hormone pills. So when it comes to STI/STD protection, why do we ask a man to deal with it?”

When Kinsella voiced her concerns to family and friends, it was unanimous that women had, at some point in the past, felt powerless in the issue of their sexual health and wellbeing.

“I have never heard of a man, let alone met one, who was thrilled about the concept of wearing a condom and I don’t believe I have ever met a man who didn’t assume I was on the pill,” Kinsella added. “I want to ignite a spark in every woman to find a further level of empowerment during sex and bring hormone-free contraception and STI/STD protection to women.

But also, I wanted to decrease unintended pregnancies and dramatically reduce the number of women and men impacted by STDs. STDs are increasingly becoming antibiotic resistant – many require sufferers to be hospitalised, while others stay with you for life. Most importantly, I wanted that protection to feel good.”

Kinsella worked with product designers, trialling materials that would enable and encourage women to use their own protection. Unlike female condoms, the LUWI is not a “tight-fitting cover”. It’s made from polyurethane – an organic compound that is hypoallergenic and ultra thin.

“It conducts heat, unlike latex – to which around 8% of the population is allergic – so it feels more natural and sets out to have a far greater sensation for a man than if he were wearing a condom,” Kinsella explained. “Rather than being a tight cover, LUWI lines the vaginal canal to prevent any sperm penetration and to allow for a more natural, pleasurable experience for both parties.

It is similar to a diaphragm, that is a tight-fitting cover for the cervix, but a diaphragm doesn’t protect against all STI/STDs. LUWI is both a contraceptive and protection from STI/STDs and it is lubricated with silicon lubrication for easier application.”

To use it, women simply pinch the small soft ring at the end of the thin membrane and place inside their vagina – the ring should be squeezed then pushed up like a tampon. Although it is a one-time use, it can be left in for up-to eight hours before needed.

Once Kinsella was happy with the product, she tested it out with friends and family to trial to gather feedback – something she said went down “very well.”

“Everyone agreed that it gave women the power to take control of their sexual health, without the sometimes awkward need to ask a man to wear a condom,” she said. “Women want to enjoy sex and be healthy, and it enabled women to relax and enjoy the experience by eliminating the worry.”

From conception of the idea to product launch date, it took four and a half years for Kinsella to bring her product to the market.

“It was a lot longer than I could have possibly imagined,” she added. “We went through multiple iterations after considering feedback from multiple sources – we now have a product to be very proud of – it’s ultra thin, hypoallergenic and feels really good.”

Since launching in early 2016, Kinsella said the reaction has been “amazing”.

“Everyone I meet or hear from tells me how great it is and some tell me how much their life has been impacted,” she said. “It feels good, but it’s just the beginning. There are other products we have plans for that we believe our customers will love because they can not only make the sexual experience better, but can also promote health and protection at the same time.”